View basket “HT3f – Pig-faced Orc VI” has been added to your basket.
Sale!

This figure represents one of the leaders of a tribe of pig-faced orc warriors, one of the filthy, evil humanoids which are often found in bands roaming the wilderness, or infesting dark ruins and the upper levels of forsaken dungeons.  This orc shaman wears tattered robes and carries a totemic magical staff.  He is depicted holding the still-beating heart of an enemy in his clawed hand! 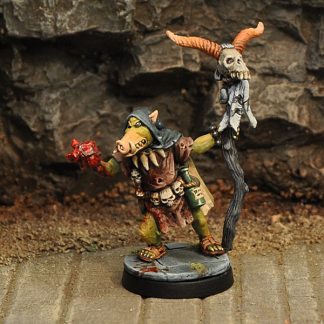