This figure represents one of the leaders of a tribe of pig-faced orc warriors, one of the filthy, evil humanoids which are often found in bands roaming the wilderness, or infesting dark ruins and the upper levels of forsaken dungeons.  This orc shaman wears tattered robes and a skull head-dress.  He carries a wooden club and is depicted casting a foul spell! 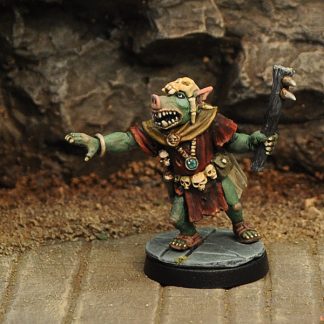